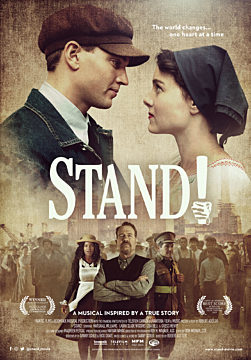 1919. Stefan and his father Mike left family in Ukraine, fleeing for the New World, where they struggle to earn enough to re-unite the family. Stefan is instantly smitten with the Jewish suffragette neighbor, Rebecca - but Rebecca's brother Moishe and Mike oppose the would-be Romeo and Juliet. Returned soldiers, angry at the lack of jobs after the war, violently threaten the city's immigrants, including Emma, the refugee from racial strife in Oklahoma. When a movement develops for workers to leave their jobs in protest, AJ Anderson, a wealthy lawyer, pits all parties against each other in a dramatic and inspirational final stand.