Home / Films / Stieg Larsson - The Man Who Played With Fire 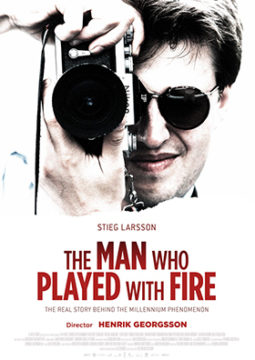 Stieg Larsson - The Man Who Played With Fire

STIEG LARSSON: THE MAN WHO PLAYED WITH FIRE details famed author Stieg Larsson’s legacy and life’s work. Creator and writer of the best-selling series “Millennium”, which has been adapted into several successful films, Larsson was a dedicated journalist and author whose fascinating and dramatic life has largely been unknown until now. He devoted his time to fight right wing extremism in the world and spreading the message that democracy is a right that needs to be fought for. The film includes interviews with people close to Larsson, as well as unique material from his private archive, re-enactments and never before seen archive footage.