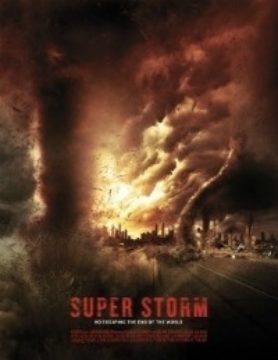 Jupiter’s famous blemish, the Great Red Spot, has vanished. When massive storms are reported in North America, it quickly becomes apparent that the huge, high storm that has been swirling around Jupiter for hundreds of years has landed on Earth. Swallowing up everything in its path, the Great Red Spot threatens to transform Earth into another Jupiter-like gas giant in just a matter of days! Can Earth be saved from this Super Storm?