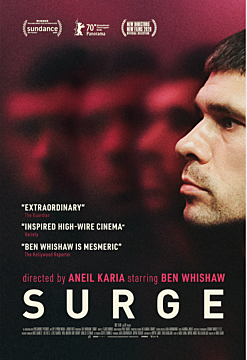 A man goes on a bold and reckless journey of self-liberation through London. Ben Whishaw stars in Aneil Karia’s blistering directorial debut from the production company behind The Witch.

Joseph (Ben Whishaw) is trapped in a soulless job, living a life devoid of emotion and meaning. After an impulsive act of rebellion, Joseph unleashes a wilder version of himself. He is propelled on a reckless journey through London, ultimately experiencing what it feels like to be alive.