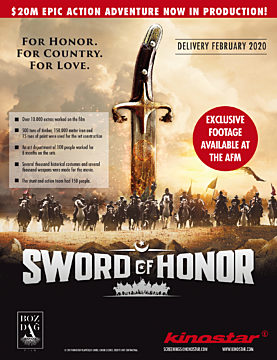 The epic tale of a young ottoman warrior’s heroic rise during the 15th-century Balkans wars.

The 15th Century Balkans. A tumultuous time of wars, crusades and political intrigue. Prince Lazar Brankovic of Serbia (Levent Özdilek) ascends the throne and becomes king of the Serbian Empire. Soon, Lazar sets his sight on Serbia’s fragile peace with the Ottoman Empire by planning the assassination of Ottoman ruler Fatih Sultan Mehmet, the conqueror of Constantinople. Sultan Mehmet’s stepmother is none other than Lazar’s sister, Mara (Ebru Özkan).

When Mara learns of Lazar’s plans, she tries to warn Fatih Sultan Mehmet but is imprisoned by her own brother who makes her a hostage.

Fatih Sultan Mehmet's troops set out to rescue Mara but they get ambushed by Lazar's knights. Young warrior Sungur (Emre Kıvılcım) is the only one able to breakout. During his escape, Sungur manages to rescue the beautiful Alina (Ece Çeşmioğlu) from the deadly battle: they fall in love. Alina is a Bogomil, a people living in constant fear of war and persecution. Upon their return to Alina’s village, Sungur assembles a small group of fighters with a plan to sneak into Lazar's palace, and rescue Mara.