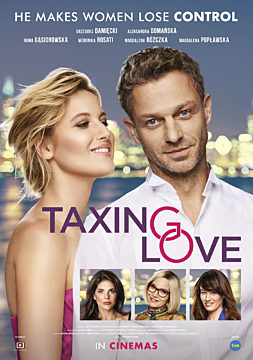 It is a story about love which can reach us anywhere, even … in the tax office.

Klara, devoted to her work as a tax inspector, becomes infatuated with the dashing but irresponsible and cynical Marian who is about to be charged with tax evasion.

In reality Marian is in trouble because of his kind heart and his love for his sister not tax fraud​.

The hunter and the hunted fall in love against all odds. He could be forced to sell his body. She could end up in jail. How will it end?

The encounter changes their lives and they open up to love.

Polish film stars as well as young talented actors will play in the film.

Witty dialogues, enjoyable suspense and great humour as in the best romantic comedies.