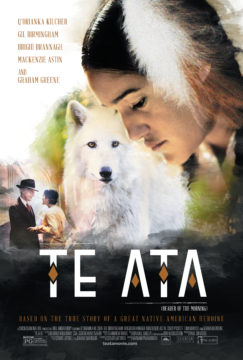 Te Ata (TAY’ AH-TAH) is based on the inspiring, true story of Mary Thompson Fisher, a woman who traversed cultural barriers to become one of the greatest Native American performers of all time.

She was born in 1895 in the Chickasaw Nation, Indian Territory (now Oklahoma), during a time of change and hardship for Native Americans. Despite the attempts of government officials to fully assimilate Native people into “mainstream” society, many Native American artists remained committed to the preservation of their traditional songs, dances, oral traditions and art.

Te Ata’s journey to find her true calling led her through isolation, discovery, love and a stage career that culminated in performances for a United States president, European royalty and audiences across the world. Yet of all the stories she shared, none are more inspiring than her own.