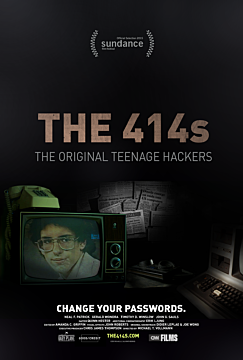 The 414s: The Original Teenage Hackers

In 1983, a group of Milwaukee teenagers broke into dozens of high-profile computer systems, including Los Alamos National Laboratory and Sloan-Kettering Cancer Center. The ensuing media frenzy terrified a nation previously ignorant to the capabilities of computer interconnectivity.

The 414s premiered at the Sundance Film Festival in 2015, & was acquired by CNN Films to premiere on The Anderson Cooper Show. The film is recently again available for distribution.