Home / Films / The Adventures of Paul and Marian 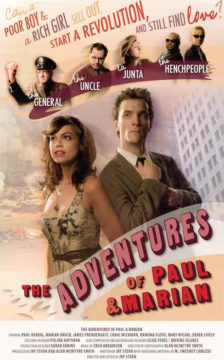 The Adventures of Paul and Marian

Penniless, Paul elopes with Marian, the captain of industry's spoiled daughter. Paul quickly realizes he can't support Marian’s opulent lifestyle, so he heads out into the world to make his fortune. Awaiting Paul’s return, Marian reads a book and becomes fueled with revolutionary fervor. Determined to change the world for the better, she leaves to fight in the jungles. Meanwhile, Marian's father sends two goons to hunt for his daughter. In the Big City, Paul discovers a hidden business acumen and a taste for the rat race. Marian has found her calling of violent revolution.