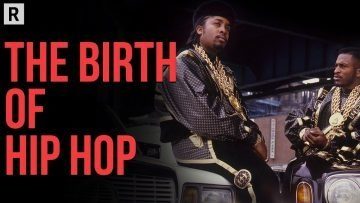 The Birth Of Hip Hop

CASH meets THE PURSUIT OF HAPPYNESS

The Birth of Hip Hop is the true story of how one of music’s greatest unsung heroes, Gene

Anderson, helped deliver a genre defining sound to the world. Gene was an artist on the rise but,

following his divorce, the need to provide for his eight year old son put his back against a wall. It

of the industry. Gene started a thriving record distribution company out of St. Louis, breaking

many hit records which laid the foundation for much of modern music today.

Let’s shine the light on the history of Melle Mel and the furious five. Let’s hear the story of the man Let

who was the catalyst for the model that was created and used for many years, to create many

music. Let’s go back, way back to the first rap concert at Kiel Auditorium in St Louis, co-promoted

gang. Let’s hear the stories that would directly and indirectly inspire record moguls like (JD,Diddy,

of the marketing methods they still used today were inspired from necessity and sheer will. Find of

got him out the back door riding away as he called out “high ho silver”. Let’s find out how the

was right in the mix and on the ground floor of it all.

to the River, I Can’t Stand the Rain and so many others and truly had the gifts that could have

catapulted him to instant stardom. However, Gene ended up becoming the dark matter that made

stars shine. When forced to find stability and learn the business in order to survive, Gene began

to thrive. Who would have thought the skinny little kid who would become best friends with Sonny

Liston and Red Fox, the kid known for his show stopping dancing and musical gifts would be lucky

enough to start a movement that would later change the world. It’s been said luck favors the bold

bold enough to blaze an unprecedented trail that would ultimately include the birth of hip hop.