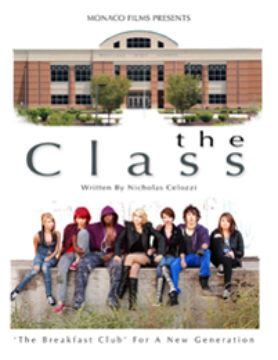 A coming of age film about 6 seniors in high school - forced to spend a Saturday, or not graduate- at school to complete and pass an exam they either missed taking or failed

Miranda - the school’s theatre instructor of drama 101 - has given these six seniors - a second chance to finish their acting scene and hopefully pass. Mr Faulk- The schools associate dean is asked to spend his Saturday to oversee the exam as a proctor. He considers this class a waste of time and views Miranda’s “teaching methods”, (a method of opening up these kids emotionally) will result with certain consequences she is not trained to deal with. These students, relative strangers to each other, for all intent purposes / have chosen this “elective class” because they thought it would be an easy A - Unbeknownst to them what lie head. The six of them now have been asked to create characters, of their choice and bring their own personal experiences, emotions and motivations and create an improvisational scene. Mr Faulk’s old world attitude - not really representing today’s view of society and especially the “arts” only create chaos and incites more irrational behavior.

Miranda pairs them up, pushes them to their emotional limits to work through their differences, prejudices, and hidden fears. They are challenged by Miranda to break through their walls and establish truth within the improvisational scenes, their partners and more importantly themselves. Miranda- working through her own issues as well as Mr Faulk- have more in common with these kids then they realizes - have personal breakthroughs as well.

By the end of the day, they find their own values and betrayals and loves within themselves and their classmates, and grow to realize more and more that no matter how the teachers, parents or, for that matter, society views them - what counts is how they view themselves.