Home / Films / The Conquest of Siberia 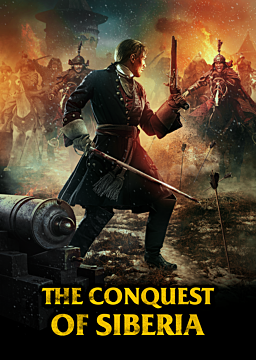 The Conquest of Siberia

This epic historical saga series is set in the 17th Century, when Peter the Great expanded the Russian Empire all the way to Asia, to include the melting pot of Siberia, a region where vast riches and great misery were often intertwined. The conquering army consisted of a motley crew of prisoners, volunteers, and others – including Swedes, Bokharan merchants, convicts, Chinese smugglers, Shamans, Missionaries, Dissenters, Outlanders and warlike Dzungars. This is a sweeping epic of passion, politics, glory and gore, with dramatic battles and sieges that characterized the conquest of Siberia.