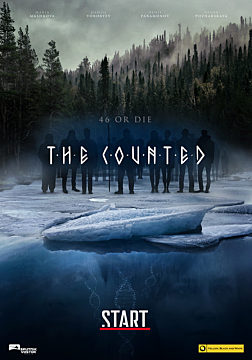 “The Counted” is a one-hour drama with the elements of paranormal and sci-fi genres set in the unique geographical, ethnical and social setting of the Karelia land filled with mystical legends and inexplicable myths.

Fatal cases of Western Nile Fever - an exotic illness only found in the southern countries before - are registered in one of the Karelia’s remote Russian regions. The existing scientific data proves: the illness cannot exist in such a climate. An epidemiological expedition is sent to the location to investigate the phenomena.

Two members of the team, Vera and Nikolai, were once romantically involved and still have low burning feelings for each other. None of the group members expect what the future holds for them – a journey more dreadful than the death itself.