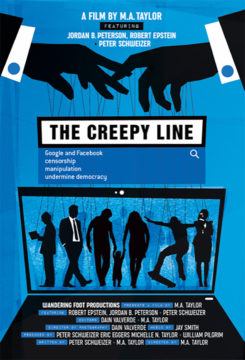 This feature documentary reveals the stunning degree to which society is manipulated by Google and Facebook, and blows the lid off the remarkably subtle and powerful manner in which they do it. Offering first-hand accounts, scientific experiments and detailed analysis, the film examines what is at risk when these tech titans have free reign to utilize the public’s most private and personal data.