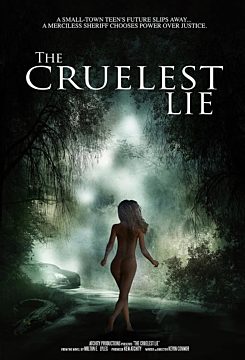 Bo LeDeaux, at seventeen, is forced by fate and cruel

circumstances to battle the ruthless Sheriff Gilbow Brown, a

man who uses the law to fuel his insatiable appetite for

Bo’s confrontation with the sheriff is complicated by the

murderous scheming of Tommy Sligo, a madman acting on the

commands of an unforgiving god, and by Bo’s own wild mother,

Ruby LeDeaux, who fights to preserve her ebbing sanity long

enough to save her son from the sheriff’s malice.

Moved by her love for Bo, Ruby engages in a deadly sex

struggle that plays her beauty and cunning against the

struggle from which only one can emerge alive and victorious.

As mother, son, and madman fight for their lives, they

unearth a web of lies that grips their small town Louisiana

town - lies of past sins, heartless betrayals, and

unremitting evil - until only one lie remains, The Cruelest

Lie that threatens to destroy them all.

Chronicling the farewells of life and the ending of