Home / Films / The Damned One 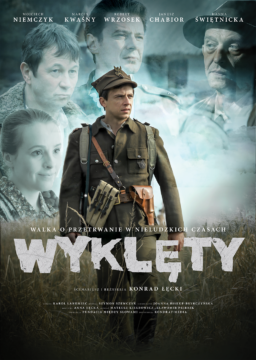 They were traced and killed almost like animals. Most of them were murdered and their history was being distorted for many years. Although from March 1st, 2011, every year we celebrate the national holiday dedicated to their memory, even today many groups treat them as bandits. But they were Stout Hearted Soldiers - members of the post-war, anti-communist underground in Poland. "The damned one" is about those heroes. The film is about brutal times, underappreciated heroes dreaded by dilemmas, about the dispute over history, as well as loneliness, difficult love and family dramas.