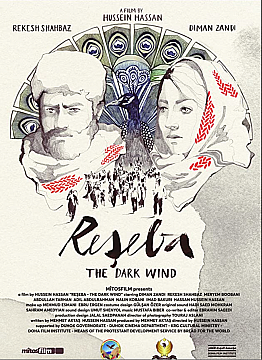 After the engagement of Reko and Pero the Islamic State attacks their Ezidi village in the Shingal region of Iraqi Kurdistan. At this moment Reko is working in another town. Some of the villagers can flee, others are taken captive or murdered. The terrorists sell Pero and other young girls on a slave market.
When Reko hears about the attack, he searches for his beloved ones. His parents and Pero's family find shelter in a refugee camp but Pero is still missing. Finally, Reko finds his fiancée in Syria. But after reuniting Pero with her family in the camp, everyone learns that Pero is deeply traumatized. The nightmare continues and the question remains: Will true love overcome “The Dark Wind”?