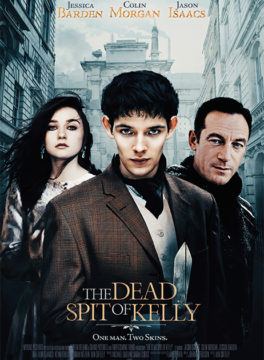 The Dead Spit of Kelly

A vibrant and anarchic dark comedy that celebrates life springing from death. In turn-of-the-century Dublin, a diligent and dedicated taxidermist named Murphy (Morgan), is tormented by his boss, the cruel and volatile Kelly (Isaacs).
In a volcanic argument, Murphy finally loses his temper and accidentally kills Kelly. To hide his terrible crime, Murphy must use his extraordinary skill to "become" Kelly, donning his skin and living a double life. As he loses himself further within Kelly, he risks the few things Murphy had—his good reputation and the love of schoolteacher Miss Poe (Barden).