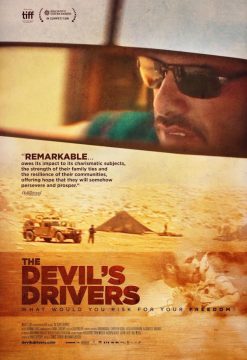 In the southern West Bank, Hamouda and his cousin Ismail are among the Bedouin drivers who risk their lives smuggling illegal workers over the border. Between them and the destination, there is the desert - of which they know every inch - and the heavy presence of the Israeli military patrols. If they are caught, they go to jail. Yet only those fares can help them provide for their families, so they keep on driving and enjoying each day of freedom as it might just be the last.