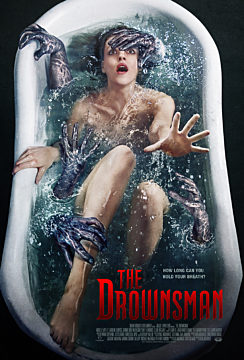 After almost drowning in a lake, Madison finds herself bound to a life of fear. Unable to describe what happened to her during the moments she was underwater, she begins to develop hydrophobia: an abnormal fear of water. After watching her struggle for a year with the phobia and visions, Madison’s four friends attempt an unconventional intervention in which they accidentally open a floodgate to a dark place where none of them are safe.