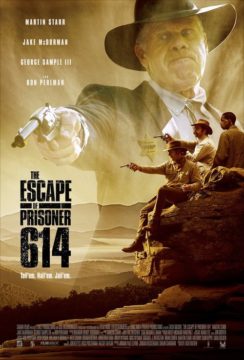 The Escape of Prisoner 614

After being fired by their overbearing Sheriff (Ron Perlman), two well-intentioned but simple-minded Sheriff’s Deputies, decide to go after an escaped prisoner in hopes of getting their jobs back. But when they realize that the supposed murderer they have hunted down is an innocent victim of a racist judicial system, they face a moral dilemma -- return the prisoner and be hailed as heroes, or act on their principles in pursuit of true justice.