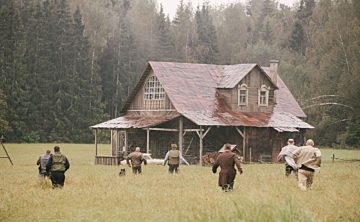 For more than 10 years, Russian police forces have tried to stop the country’s smartest and most wanted serial killer. But even when he gets caught, nobody can prove his guilt. As the manhunt intensifies, the investigation grows increasingly personal between the detective and the suspect. The story is inspired by Soviet serial killer Andrei Tchikatilo, also known as the “Butcher of Rostov”.