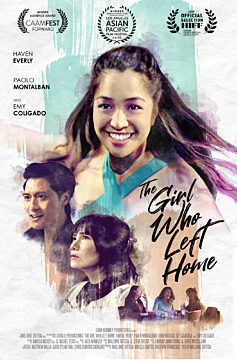 The Girl Who Left Home

THE GIRL WHO LEFT HOME is a live-action musical following the life of an Asian-American working-class family and paints a colorful portrait of a love story between a mother and her daughter.

After landing a role in an Off-Broadway musical, Christine receives a call that alters her life forever. Upon learning of her father’s death, she returns home to help her bereaved mother and the failing family business. While helping her mother mourn, Christine recalls the months of silence between her and her father. She reminisces on the mistakes she made and the arguments between her and her family that forced her to move away from them.

Soon, she finds herself attempting to save the family restaurant while practicing for her production. But she discovers the part is slipping from her hands as she chooses to remain at home longer. Christine finds herself choosing between her rising career and the family that supported her for years.