Home / Films / The Hikita's Are Expecting! 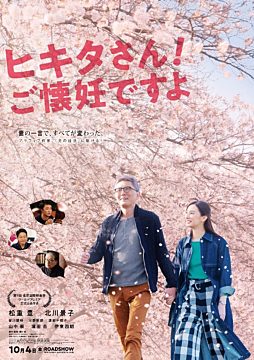 This is a story about a married couple,”Mr. & Mrs. Hikita” who have been having difficulty with fertility treatments for several years.

The couple had enjoyed their life like an adventure, so they have never thought about having a baby (like an ordinary life). One day, the young wife just said, “I want to see Hikita-san’s baby!” Then they started trying to have a baby. However, it’s not easy to become pregnant. Mr. Hikita is 49 years old at the time, he is too old to have enough ability for pregnancy! Mr. and Ms. Hikita start to get fertility treatments but it fails again and again. Facing a conflict with the wife’s father who strongly opposes to the treatment, they continue the treatments.