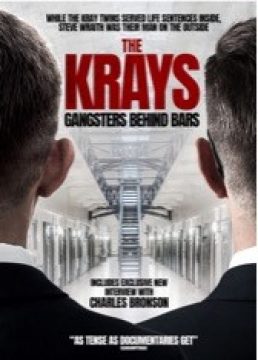 The Krays: Gangsters Behind Bars

Steve Wraith had a fascination with the Krays, and after writing them letters Reg took an instant liking to him, even requesting Steve visit with his brother Ron, in Broadmoor. They would go on to ask Steve to take over their business interests in the outside world. As it turned out, this was an exercise in trust, grooming him, as what came next was a stark lesson in just how terrifying the Krays could be, even behind bars. Featuring personal correspondence and recorded phone calls between Steve and the twins, collected over a decade, alongside new and exclusive interviews with those closest to Ron, Reg and Steve, including Charles Bronson, Maureen Flannagan, and Dave Courtney, this film provides an intricate, personal and horrifying portrait of the Krays behind bars.