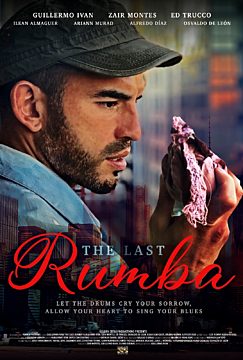 Nicholas, A Cuban-American Musician Decides to come back home to New York after a four year journey in Havana, filled with emotional turmoil that made him reconnect with his roots and the essence of his music. Nicholas arrives in the big apple possessing his new memories and beliefs. Most importantly he brings Celso, his best friend and music partner. Celso is always with Nicholas, but Celso doesn't talk, doesn't move, doesn't play or compose music anymore, because Celso is dead. Celso passed away few months before their trip to New York, yet Nicholas carries his ashes with him everywhere he goes. He truly believes that Celso communicates with him. Nicholas had promised Celso that someday he would help him find his father in New York. Nicholas keeps his promise and he finds his father, A well know musician in the Jazz arena of Manhattan and introduces his only son's ashes to him. Their emotional journey of reconnection, affection, forgiveness, love and pain becomes a learning process for both. However, they must begin to understand and learn how to let go of their best friend and son in order to move forward in life.