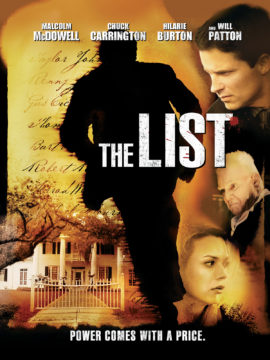 Fresh out of law school and full of hope for the future, Renny Jacobson is stunned by his father's sudden death--and then by the terms of the will: the elder Jacobson has left the bulk of his estate to charity. For his only son, he has left nothing more than the contents of a deposit box and interest in a company no one has heard of--the Covenant List of South Carolina, Ltd. When Renny encounters lovely Jo Johnston, meets the members of "The List," and discovers the staggering value of his father's mysterious bequest, his hope is resurrected. But why is Jo, to whom he is deeply attracted, so reluctant for him to claim his rightful share? Renny feels the supernatural power of the 140-year-old covenant--feels it and wants it for himself. But when his life and Jo's begin to unravel, he is forced to face the truth about "The List." And nothing short of a miracle will save them from its grasp.