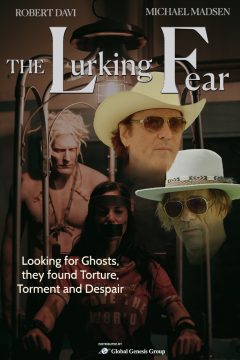 Reminiscent of the horror classic The Uninvited, Robert Davi and Michael Madsen lead an all-star cast in this terrifying horror film about a TV crew shooting a reality show at an abandoned mental institution. The footage is amazing. The suspense is palpable. But then the demons make their presence known, and the TV crew realizes that life and art have mixed into a crescendo of bloody violence.