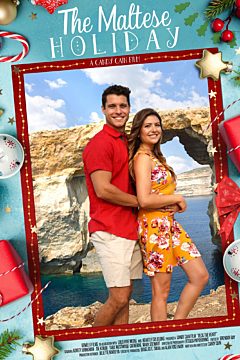 Shea Andrews has a zest for life and a love for adventure. Her Christmas trip to Malta is the last blast for her and her soon-to-be-married best friend, Kristen. While Shea is at the airport, Kristen calls to let her know that she and her fiance got into a huge fight and she cant join Shea on the trip. Always a free spirit, Shea doesn't let this slight wrench in the plans ruin her dream vacation.

Michael Foster is waiting on the plane in first class with his older brother, Daryl, who was just left at the altar. At the last minute, Daryl decides he can't go on with the would-be honeymoon with his brother instead of his new bride, and leaves the plane. He passes Shea in the jetway and gives her his first class seat, which she eagerly accepts.

Once they land, Michael and Shea go their separate ways, thinking that they would never see one another again. However, the universe has other plans. They find each other staying at the same hotel, then again at breakfast. Soon, they run into each other virtually everywhere they go, and decide to explore together.

Christmas Eve arrives, and Shea and Michael find themselves longing for their families back home. Neither has ever spent Christmas alone, and realize that they have more in common than they ever imagined possible. Their Christmas miracle is that they were brought together and started their relationship with a honeymoon.

One year later, Shea and Michael return to the Mediterranean and have a wedding where they first met, celebrating their Christmas nuptials surrounded by friends and family in a romantic paradise.