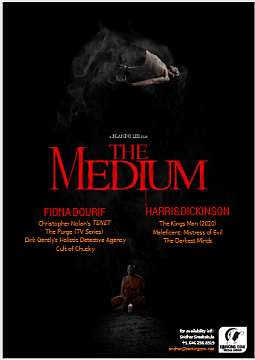 An American team of paranormal investigators with their own TV show head for the idyllic highlands of Fraser’s Hill, Malaysia, to gather evidence at a house built in the 70s. Ian and Martha, who own the home, claim to have experienced strange disturbances.

At first, the couple’s claims seem dubious and the investigative team suspects the two may just be publicity seekers.

But Jules, the psychic in the team, has a horrifying experience in the basement, leading them to believe there might be more than meets the eye.

As the crew delve deeper into the mystery, they encounter possessions and apparitions more terrifying than they’d ever witnessed. Secret rooms are discovered in the old house.

Even darker secrets are uncovered in the history of the house with connections to an ancient forbidden Thai ritual, stillborn babies, restless female spirits and a violent supernatural force that threatens to destroy all who come into contact with it. And Jules, who had a supernatural encounter as a child, seems to be the one who can deal with it…