Home / Films / The Mistakes By The River 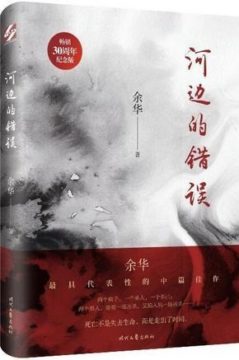 The Mistakes By The River

On an early evening during autumn along a beautiful mysterious riverside, a beheaded female corpse broke the silence of a quiet and peaceful town. Police Officer Mr. Ma Zhe started an investigation and found out that the victim was a 60 years old elderly name Ms. YaoSi PoPo and surprisingly the closest human link to Ms. YaoSi PoPo is a psychopath.

What is used to be a quiet and peaceful town had now dived into chaos and panic, people started to arrive along the riverside and purposely proving their innocence. Everytime police officer Mr. Ma Zhe started questioning or interrogations, all residence acted insanely and giving out a fearful vibe that would be considered irrational. The only person that was calm is the witness named Mr. Xu Liang. However, the testimony given by Mr. Xu Liang might only presents half of the truth.

Whether the testimony will become an obstacle or assists in the investigation will depend on whether police officer Mr. Ma Zhe could find the truth with more new evidence. Other similar beheaded murder case with similar irrational circumstances seems to be all interconnected, a fascinating investigation journey had now began …