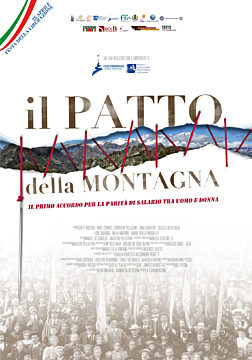 An elderly enters unsteadily in an abandoned factory. His name is Argante; In 1944, during World War II, he was a young partisan and, in that the textile factory, sparked the struggle which led to the signing of the Mountain Pact, the first agreement in the world that affirms the equal pay between men and women. Christian is a young designer who comes from the Milanese high fashion runways, and discovers the history of the Pact and meets Nino Cerruti, international designer and son of the Mountain signatory. Together, they create a tailor-made gift for Argante, a tribute to the man and to the inheritance received from that extraordinary event.