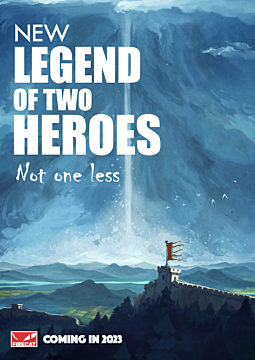 The New Legend is an epic animated film based on an ancient Chinese myth. The story is set in the legendary Huaguo Mountain, where a civil war has broken out between three rival tribes of primates. Two friends who grew up together, each from a different tribe, are unwillingly engulfed in the the dispute. As the two best friends choose different sides in the war, their values and ideals begins to tear them apart. What can two brothers do in the face of insurmountable chaos? What is the price they have to pay to keep their promise?