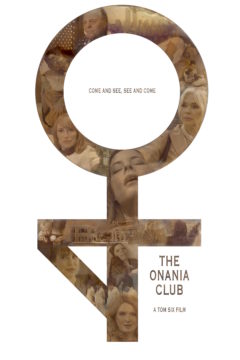 Hanna Vertree is a beautiful young American Catholic housewife with a terrible secret. Afraid to tell her close relatives and friends, she meets Rose, an older very wealthy LA widow, who shares Hanna's secret and asks her to join her Onania Club, a group of strong independent women aroused by the misery of others. Hanna gratefully joins the group and soon enough comes across more misery than she could ever hope for and in the process loses everything she holds dear.

The Onania Club is a thriller/dark comedy/satire about strong independent women, the likes of which has never been seen. The film delves deeply into the darkest human emotion, ”Schadenfreude” and the desire of people to indulge themselves in the despair of others.