Home / Films / The Other Me 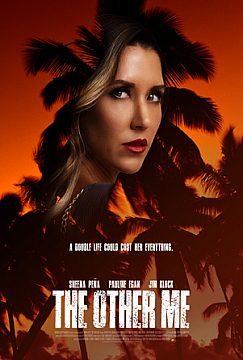 After her divorce, Connie (Sheena Peña) and her daughter relocate to Hawaii to get a fresh start and be close to Connie’s sister. Connie works at a hotel, but because of the expensive divorce and custody battle, Connie has a second job as a high-end escort named Veronica. Connie keeps her alter ego a secret from everyone in her life, justifying her second job as the best way to maintain the lifestyle she and her daughter have always enjoyed. But Connie finds herself enjoying being an escort as a way to let loose from her usual buttoned-up persona. Connie is able to keep her two worlds separate until her daughter goes missing. When she discovers her ex-husband is not the culprit, Connie must confess to her sister about her second job and the many men Veronica has become involved with, including William (Jim Klock), a possessive man who claims to love Veronica. In the end, Connie discovers that her new coworker and former sorority sister, Allison (Pauline Egan), is William’s wife and determined to get revenge on Connie for ruining her marriage.