Home / Films / The Shape of Things 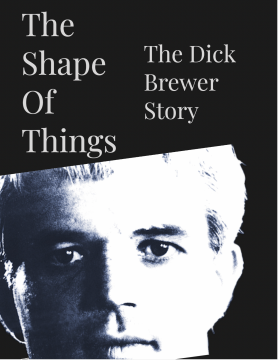 The Shape of Things

The Shape of Things. The Dick Brewer Story

The film will embrace, amaze and with just enough tension, dive into the mysterious and rollercoaster confrontations of Brewer’s life at the forefront of the 60’s and 70’s burgeoning surf culture.

The audience will be immersed in compelling interviews and narrative molding a plotline that portrays the highs and lows of a brilliant mind that became an untold inspiration for many who were fortunate enough to know him.

The film is a triumph of storytelling, depicting Dick Brewer’s rise to the mountaintop and his tragic fall into years of despair and self-isolation that nearly broke him. The emotional rescue with wife Sherry, and test pilots Laird Hamilton Buzzy Kerbox Darrick Doerner and HBO’s 100 Foot Wave Garrett McNarmara is dramatic and captivating - along with Dick’s reinvention and acheivements to believe the impossible was possible.