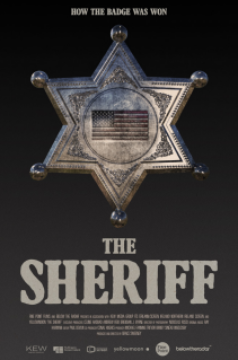 The sheriff is an iconic figure in American culture. All-powerful within their county, they are running jails, arresting felons and keeping the peace. They uphold democracy, protecting people from the ‘tyranny’ of federal politics. In many areas, the sheriff is the highest law enforcement authority around. But what many people don’t know is that they are elected into office, running under the banner of Democrat or Republican.

The Sheriff follows the 2018 election races in two counties across two states, Maryland and North Carolina, as candidates seek to become the top law enforcement officer. Against the backdrop of the national midterm elections, hyper-polarised politics are playing out at the local level. Unsurprisingly, the Trump presidency hovers in the background.

Just 18 days after his inauguration, the president welcomed a delegation from the National Sheriffs’ Association to the White House. Since then, the president – or ‘sheriff in chief’ – has kept up his relationship with the sheriffs and some of them have become vocal supporters of his immigration and border policies.

All politics is personal and none more so than when it comes to electing the sheriff. Big personalities, local issues and the Trump agenda will all play out. The race is on. A Fine Point Films and Below The Radar TV production.