Home / Films / The Sound of Silence 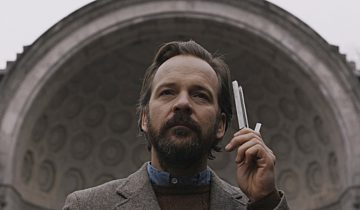 The Sound of Silence

A self-taught scientist, Peter (Peter Sarsgaard) works in New York as a “house tuner”—a unique, highly specialized profession he’s invented. His clients approach him with troubles like depression, anxiety, or fatigue. After extensive analysis of their homes’ acoustic characteristics, he identifies some sonic combination—a radiator mixed with a kitchen appliance, for instance—that’s altering their mood. Despite some skepticism, his clients see results … until he meets Ellen (Rashida Jones), who is experiencing exhaustion. After his initial conclusion proves incorrect, Peter obsessively searches for the fault in his practice.