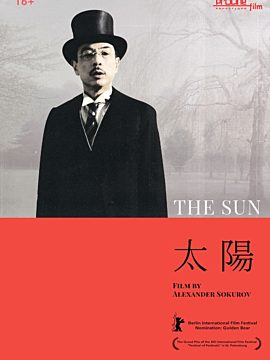 “The Sun” is the third film in Alexander Sokurov’s tetrology about personalities and power, after “Moloch” and “Taurus.”
The film centers on the fate of Japanese Emperor Hirohito after Japan’s defeat in the World War II. At the end of 1945 he disavows the “divine origin” of the emperor, who has been considered to be the descendent of the Sun God. Hirohito’s actions ended a historical tradition, and a wave of ritual suicides swept the country.
The other main character in the film is the American general Douglas MacArthur, who as Supreme Commander of the Southwest Pacific Area must decide the fate of the captured Hirohito and the entire Japanese dynasty.