Home / Films / The year of discovery 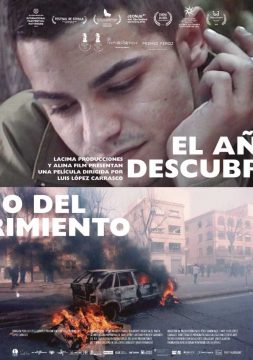 The year of discovery

Neighbors, youngsters and unemployed workers chat inside a bar between cigarettes, breakasts and snacks. They remember unusual dreams, share job stories and plan future projects. The bar is located in the city of Cartagena, in the southeast of Spain. As the day goes on, the riots from the industrial crisis of 1992 are heard more and more closely.

In 1992 in Spain the Barcelona Olympic Games and the Seville Expo were held, linked to the celebration of the 5 th Centenary of the Discovery of America. The country is presented to the international community as a modern, developed and dynamic country. Meanwhile in Cartagena, the protests because of the crisis became increasingly violent and would result in a mass uprising that culminate in the burning of the parliament of the Autonomous Community.