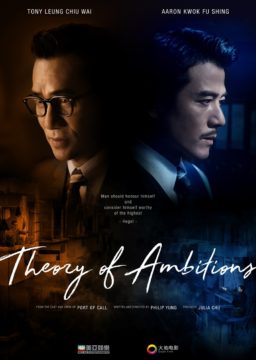 Nam Kong looks gentleman, but operates with a dagger under his cloak. He is socially active among the police force as well as the social circles, in fact laying the groundwork for the empire of corruption he builds with Lui Lok.

Nam Kong and Lui Lok, the brains and the brawn working in perfect unison, respectively become Chief Detective Chinese of Hong Kong Island and Kowloon / New Territories in 1962. They lord over organized crime, and lead tens of thousands of policemen.

Nam Kong has long seen through Lui Lok’s cynicism and naiveté, and has been plotting a hostile takeover of power. Lui Lok discovers that everything is not as he had imagined, he vows to forcibly regain controlling leadership from Nam Kong.

As the two forces begin their epic power struggle, who will rise and who will fall?