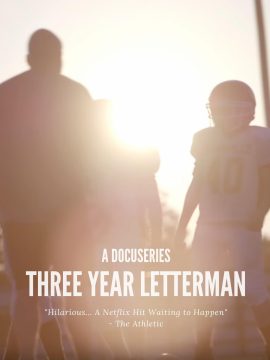 (Half Hour Comedy) A self described "youth football coaching legend" navigates his way through helicopter parents, bitter rivals, and raising his own son on his journey to the top of the comedically competitive and hyper-unaware world of pee-wee football in the south.

The show is shot in the documentary style because Coach and all his stories are presented as real, and whether we are watching truth or fiction is still up for debate even amongst his most dedicated fans. The show uses a mixture of online mediums to play with the audience and tell a fully transmedia story.