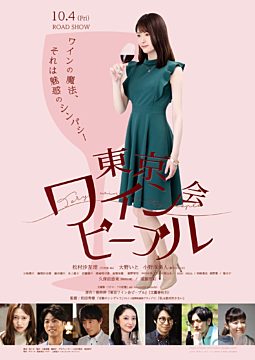 Shino Sakuragi, an office worker in Tokyo, gets invited to a wine party by her boss. It’s a bourgeois party, and at first she feels uncomfortable, but soon she hits it off with a male participant, Kazushi Oda. She falls for him because even though he knows wine well and he’s a successful businessman, he’s far from offensive. But later, Shino gets perplexed that he gets arrested for accounting fraud. However, she believes in his attitude as a gentleman and wine he recommended, so she keeps participating in the wine party, which leads to encounters with other wine party members who introduce fascination of wine.