Home / Films / Tremble All You Want 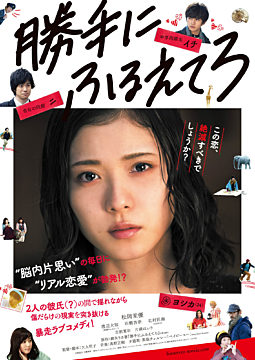 Tremble All You Want

she tackles her ruthless reality in this non-stop romantic comedy.

Romantic comedy film adaptation of the same-named novel by author Risa WATAYA tells the story of a heroine who is terrified of love as she rediscovers her true self directed by Ooku Akiko.

24-year-old office employee Yoshika (Mayu MATSUOKA) has a secret crush on her former junior high school classmate Ichi (“No.1”played by Takumi KITAMURA), but then her colleague Ni (“No.2” played by Daichi WATANABE) asks her to be his girlfriend. She is excited but ambivalent about being asked out by a guy for the first time in her life, and she decides to throw a reunion party so she can see Ichi again. Yoshika anguishes over her feelings about Ichi versus Ni and ideals versus reality.