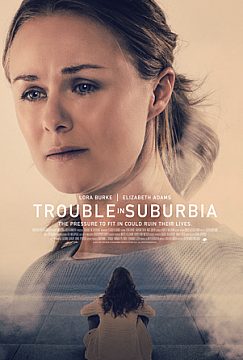 Hoping to get her teenage daughter Charlie (Elizabeth Adams) back on the right track following a recent drug addiction, Amber (Lora Burke) transfers Charlie to a new high school. Charlie’s counselor Mr. Fell (Nick Smyth) encourages her to join his Robotics club so he can look out for her. Initially wary, Charlie joins his club and is invited to a party where she’s peer pressured into smoking K2, a synthetic form of marijuana. Increasingly addicted, Charlie begins hanging out with the wrong crowd. Already suspicious of Charlie’s behavior, Amber is enraged when Mr. Fell reveals Charlie has been skipping school. Charlie tries to explain that Mr. Fell is partially responsible for her addiction given his suspicious past with another student who died after using K2 in his club. But Amber refuses to believe Charlie. Following a bad reaction, Charlie falls into a coma, forcing Amber to confront her daughter’s mistake with compassion and forgiveness if their relationship is to survive.