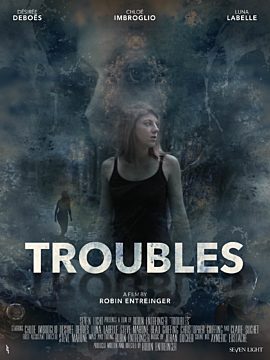 A French expatriate in the US finds love in the wrong person. She will be dragged into a spiral of violence. Thetwo young women will face their fears in a strange and disturbing therapy that will bring them together and apart at the same time.

Robin Entreinger plays with conventions and creates a world where reality and dreams coexist, where suspense and shocking sequences blend on screen.