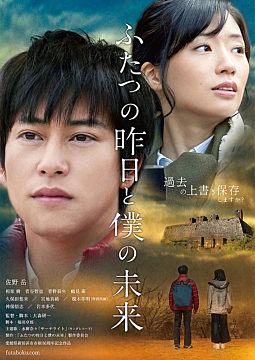 Kaito aims for the Olympic Game as a marathon runner. But he gave up his dream on account of his injury. After that, he works at the city hall, spends lethargic days, but at last his girlfriend, Marino, is disappointed at him.

One day, he is suffering heavy rain in the mountain when he guides the city’s guests. He finds a mining tunnel to avoid rain. But as he enters it, he goes outside of the tunnel where is no raining. At that moment, the memory that should have never experienced passed. When getting back to the city with confusion in the intersecting memories, it is going well with Mariko who was supposed to be fighting. And he has become a hero of the city as a gold medalist of the Olympic Games. In the city hall, Kaito’s father, who was supposed to have died in the accident, is working as a boss. And when he gets home, there is a grandmother's portrait on the altar who was supposed to be alive, and his grandfather who had long died appears in front of him. The grandfather is told of a surprising fact to Kaito who can not understand the situation. He is swaying in the real and the pararrel world. What is the future for him?