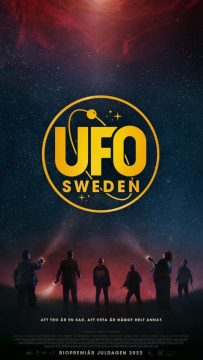 The film tells the story about a teenage rebel placed in foster care, who suspects that her father is not dead, but has been kidnapped by UFOs. With the help of a UFO association, she is determined to find out the truth.

UFO SWEDEN is produced by acclaimed Swedish film collective Crazy Pictures, whose first feature film “The Unthinkable” was a great success both in Sweden and internationally when it premiered in 2018. The film collective describes UFO SWEDEN as the love child between “The X-Files” and “Stranger Things”, placed in a small town in 1990ies Sweden. Crazy Pictures got the idea for the film as they learned about the existing association “UFO Swe- den” that investigates mysterious phenomena and manages the world’s largest UFO archive, “Archives for the Unexplained” in Sweden.