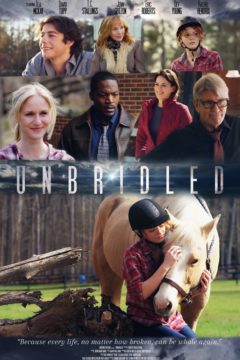 "Unbridled” is a film about Sarah (Tea McKay), who is abused by her mother’s boyfriend Roger, (Eric Roberts – The Dark Knight) as Sarah’s mother Karen (Dey Young – Pretty Woman) looks the other way. Roger toys with police Detective Sangrin (T.C. Stallings –War Room), who is desperate to find his own, missing daughter. At the Academy, Sarah befriends a mysterious horse, whose journey parallels her own. Her relationship with the horse promises healing until Roger is freed from jail. “UNBRIDLED” is inspired by a North Carolina Equine Assisted Psychotherapy program called Corral.