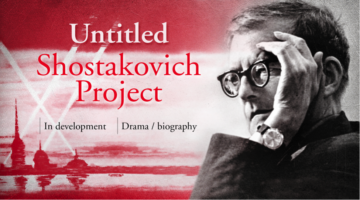 Dmitry Shostakovich is struck by a strange illness – a fear of movement – that robs him of his ability to play and write music. The composer sets out on a voyage from Europe to America aboard a legendary Soviet liner to seek a verdict from American doctors, while the origins of the his fright draw us back into the past. Worldwide fame and a public accusation of formalism, love and treason, living in daily fear of being arrested and hearing Stalin’s voice over the phone – this is what Shostakovich’s life was made of. This is the story behind the creation of the most powerful musical piece of the 20th century, the Seventh Symphony.